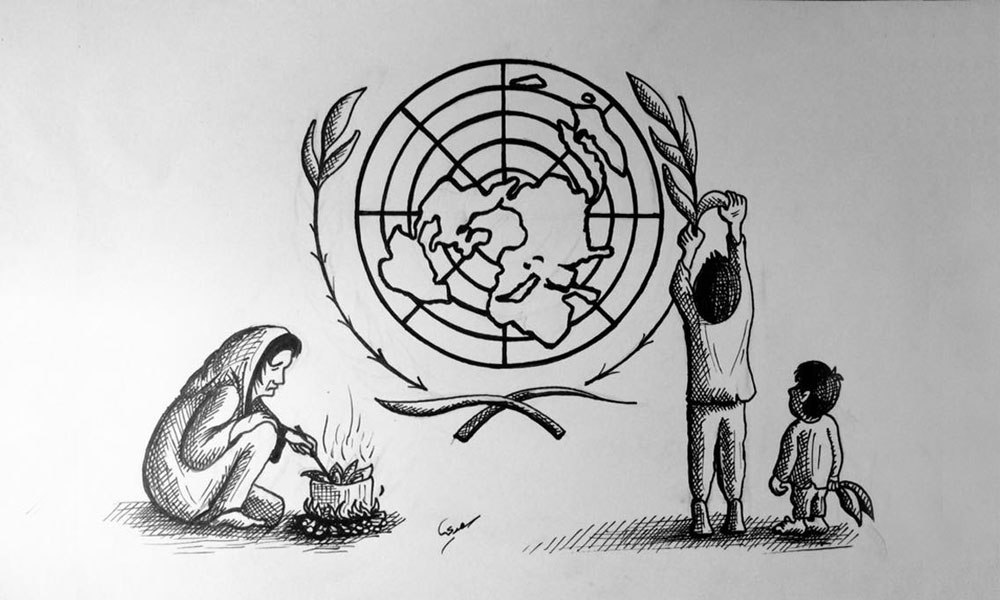 Although it has been under siege for several months, the Syrian town of Madaya has aroused worldwide media attention only after it witnessed a humanitarian disaster. The starving to death of many of the town residents, urged media and humanitarian organization to take an action and launch emergency appeals in support of the town residents. Only upon pressure, exerted by humanitarian institutions and activists, the governments of New Zealand, Spain and France called for an emergency special session of the UN Security Council. The disaster also urged the UN and the ICRC to intervene and get the Syrian regime’s approval to allow humanitarian aid into the starving Madaya. Yet, it was very clear that that move was just a result of the last negotiations between Al-Nusra Front and Hizballah.

All those humanitarian moves and aid campaigns should not have waited until the people starved to death. They can achieve more concrete results if they work on lifting the siege that is imposed on many towns in Eastern and Western Ghouta and Deir Zour that are also threatened with the same fate as Madaya.

Generally, people and media react to a situation after a serious disaster takes place, but it is really such a shame that the Syrian opposition sides and civil society organizations adopt this “last gasp” strategy. This proves that they lack the required strategic planning to handle such disastrous situations.

The implementation of the last gasp strategy is not exclusive to the besieged or battered areas; it was also implemented in handling the snowstorm disaster that hit the Syrian refugee camps in Lebanon. It was easy to access those camps that were not under any military siege. The international and aid organizations in Lebanon were, at that time, fully aware of the forecasts and are fully aware that the Syrian refugees lack the essential needs that can protect them against the storm, however; they rushed to collect donations and relieve the refugees only after several people died of the cold.

These paralyzed work and strategies of these organizations urge us to reconsider their feasibility. Millions of dollars are being spent on the relief organizations annually under the title “Relief of the Syrian People” with no tangible results. Since the eruption of the Syrian revolution, the UN has been giving its back to the UN Covenant. It either stands by helplessly as Syria is facing disasters or participates in working these disasters.

No one is concerned with bringing the policy of siege and starvation to an end or to force the Syrian regime to refrain from targeting civilians. The Syrian opposition with its institutions and the civil society organizations should play a more vital role and join their energies to build robust medium and long terms strategic plans, with the goal to combat disasters and resolve problems. They should also work on exerting pressure on the international relief organizations and the international community in general to move in support of the Syrian civilians and protect them against the scourges of war.

It is no longer enough for the relief organizations to work on collecting donations for packaging food and medicine to be distributed to the people under siege. They should start working on the establishment of small sustainable enterprises to develop the sectors of agriculture and livestock farming. The media organizations, on the other hand, should cooperate and be proactive to anticipate the disasters and present solutions before they take place.

Now, five years after the eruption of the Syrian revolution, the time has come to relinquish the “last gasp” strategy and adopt a more sustainable strategy.

An IT and digital security expert

In Douma … Life out of the Womb of Death
To Top