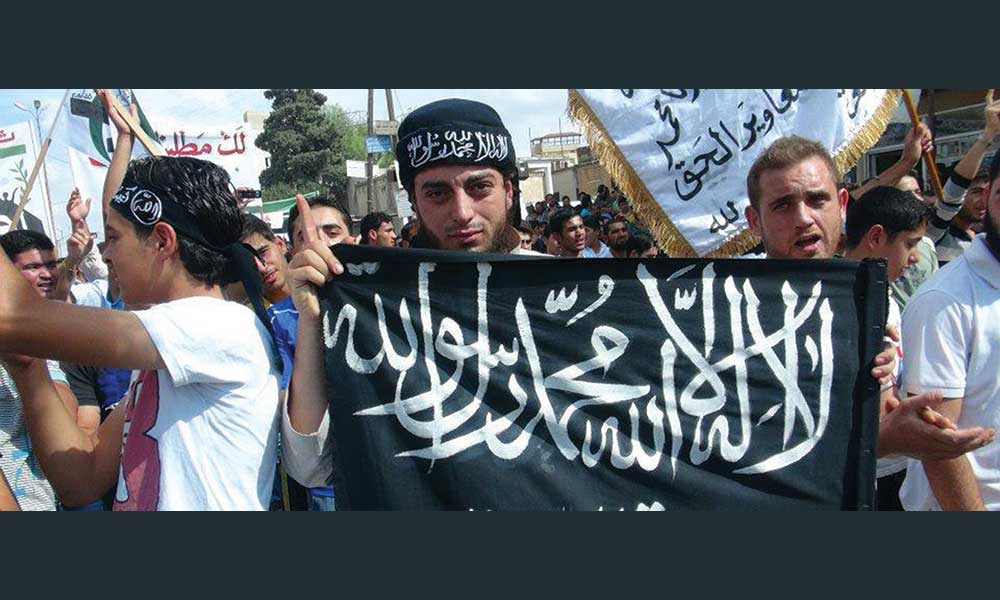 The trends and views of the revolution powers interact and overlap, creating contradiction that led to the concept of terrorist revolutionaries. They are revolutionaries because they aim to change the existing situation in Syria and fight to topple the Syrian regime. However; they are terrorists because they apply the “savage administration” on the areas they had seized and they are founding for an internationalist Islamic alternative. They have their own way, time and timing to topple the regime. They have their own way in administering the areas they have seized. They are founding for the alternative they want. We are in front of a special kind of despotism of the revolutionaries against the people. This despotism represents the philosophical roots of terrorism.

In reality, contradictions coexist in an accumulative way against the will of the Syrians, who are seeking the production of an appropriate construction of contradictions. This situation justifies our use of the term revolutionaries as a lovable attribute in general, along with the term terrorists as an abominable attribute.

This new conceptual combination is created by the complicated interaction that distinguishes the Syrian case, which is not separated from the larger regional and international arena. However; we have accepted this kind of interaction and mixture, as long as it may lead to the toppling of the regime, on the basis that whoever wants to topple the regime is a revolutionary. Nevertheless; the difference in timing, type of administration and alternative has transformed them into terrorists.

All the attempts to separate between the revolutionary and terrorist attributes in Syria have ended in failure. The two terms still bear an obvious correlation. Whereas, all the attempts at the local, regional and international levels, to connect between the two terms and employ this connection in the conflict were more lucky.

Many factors contributed to the failure to separate between the two terms. In this concern, we will take into consideration the discourse of the revolution powers that insists on deferring criticism of the terrorist revolutionaries and combatting or opposing them until the regime is toppled. Such a discourse implies the possibility of employing them at a post-regime stage. This situation creates the mixture between three basic actions, conducted by the Islamic factions to be presented in one action, though to be leading to the toppling of the regime.

The first is the military action of several Islamist factions that the revolution powers need to compensate their weakness in this regard. This action can be viewed as a revolutionary action as it enables the annexation of geographical areas, getting them out of the control of the regime, which in turn contributes to the attempts to topple the regime. “It does not matter whether the cat is white or black, as long as it catches mice.” The second action concerns the administration of the areas that are no longer under the control of the regime in the way demonstrated by “Abu Bakr Naji” in his book The Management of Savagery. This type of administration is based on the principles of the “Promotion of Virtue and Prevention of Vice” according to Islamic Sharia, the Islamic police system “Nizam el-Hisba” and the Islamic penalty system according to Sharia. This is not what the Syrians have ever sought achieve as it can never meet their expectations. The third action concerns the establishment of the alternative to the regime when it is toppled. Mostly this alternative is the trans-border internationalist Islamic state. The last two actions, the administration action and the alternative action, are mostly distinguished by terrorism in the eyes of the revolutionary factions, who seek the establishment of a national state with democratic regime, and civil and modern administration of the areas.

The correlation between these three actions, created the correlation at the level of the concept. Here comes the correlation between the revolutionaries and the terrorists as two contradicting terms in the Syrian popular awareness. The Syrian citizen is confused between the actions of the el-Nusra Front. On one hand, it seized the city of Idlib and got it out of the control of the regime that is deemed a revolutionary action, and on the other hand, it administered it, basing on the principles of the implementation of the Islamic police system, the Islamic penalty system and the “Promotion of Virtue and Prevention of Vice” according to Islamic Sharia, arresting revolutionary activists and strengthening the position of thugs. This is not a revolutionary action. It is a terrorist action, because it is based on suppression and contradicts the goals to achieve freedom and dignity. Moreover; it is founding the basis for a trans-border Islamic state and threatens other regimes in the area. This action also contradicts the principles of the revolution in the achievement of a national state with democratic regime, contributing to the establishment of security and stability in the region instead of threatening them.

The issue of timing in toppling the regime, combatting it and seizing areas under its control is very clear as Bughdadi and ISIS seem not in a hurry as well as Alloush and the Army of Islam. A prolonged confrontation with the regime, in addition to the seizure of more areas helps in transforming them into a de facto authority, enabling them to apply their own type of administration and institutionalize the alternative they plan for their own project. However; we find them in a hurry in the implementation of the Islamic police system, controlling borderlines, and seizing oil, gas, phosphate and archaeological sites.

This distinction puts us in front of the problem of what standard we should use to judge the factions and classify them as terrorist and revolutionary at the same time. The main goal of the revolution of freedom and dignity in Syria was toppling the regime. But with the passage of time, the goal was transformed into a strategy for the revolutionary powers. As much as this strategy depends on the subjective side of the Syrian people, concerning its unity, planning and organization, it also depends on the objective side, concerning the spontaneous, the accidental, the random and the unexpected. Then the slogan to topple the regime was turned gradually into a standard for measurement, by which we define the revolutionary and the non-revolutionary. Now we have people, whose only aim is to topple the regime and produce a national democratic alternative and to establish a civil and modern administration of the areas. Other people are not satisfied with toppling the regime, and seek using Syria as a hub to topple other regimes in the area to establish an Islamic internationalist alternative, threatening the world security and peace and impose its military and security administration of the areas according to its own beliefs, applying the Islamic police system, whilst others want the regime to remain and resume its authorities.

In light of the above analysis, we wonder whether ISIS, el- Nusra Front and Army of Islam really seek toppling the regime or not. Can those, who support the terrorist revolutionaries employ their actions in the achievement of the general interest? The basic question now is whom to support? The revolution factions should and can answer this question in light of the paradoxes of timing, administration and alternative. The answer should help in returning the glory of the revolution.

Shawkat Garziddin is a Syrian writer, carrying Masters in the Philosophy of Science, Epistemology. 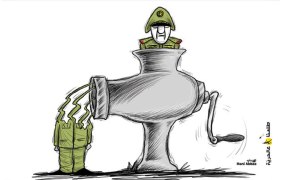 Concerns of a Syrian Emigrant in Europe
Resistance is – Grief!
To Top