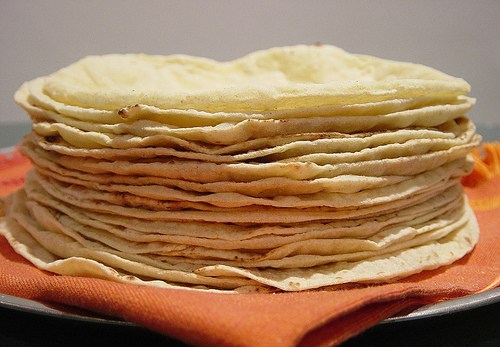 Nothing can substitute bread

“If you have eaten everything but not bread, the homeland in you would still be hungry.. Bread is flour, flour is wheat, wheat is from the fields and those fields are our homeland… Bread is the only thing that heals every wound in you.. You’ve got to believe this… Even if there are pieces of gravel in it that will clip your teeth, even if you know that it is moldy, people have died while sweeping the remnants of wheat on the ground and making a loaf of bread for a hungry kid (long sigh).”

That was a part of a conversation between two friends and I have “stolen” it from one of them after being amazed how detailed, beautiful and painful it is.

Nothing can substitute bread. Therefore, even when there is shortage of dozens of food substances in the liberated areas but bread was the only motive for demonstrations condemning the local councils and the legal committees for not providing it.

In the beginning, I was wondering what is the goal of those demonstrations and practically there is nothing that can be done by the local councils or any other organization to provide flour. The regime’s forces either control the mills or burn the crops; then why protesting against the people of the revolution?

However, I have found out that there is a reason for that fury. The bakeries are baking for specific battalions and sending bread for those at the front-lines. At the same time, families are only getting a few loaves of bread for two or even three weeks.

Where do those battalions get flour from? And by which law they are keeping it for themselves? Even if sometimes they are distributing some of it to the civilians but who gave them the right to monopolize flour when it is, in the first place, a public right for the children and their families. Most importantly, why it is not being submitted to the local councils and the committees of bakeries instead of donating some of it to the people?!!

I do not think that a fighter at the frontline who had sacrificed expensive and cheap things for a case he believes in would care more or less if he has a loaf of bread in his meal; as long as he knows that his children and the children in his city would get this bread in these hard conditions.

The issue is concerning the commanders of those battalions and about giving privileges to their members. The common authoritative sense that considers everything being provided as means of sealing control and getting infinite loyalty. I cannot find another explanation for such behavior.

The flour substance must not get out from the public bakeries for everyone to benefit of it. If bread becomes monopolized, bargained and a way to get loyalty, then the fields of that wheat had been polluted and would never ever grow something good