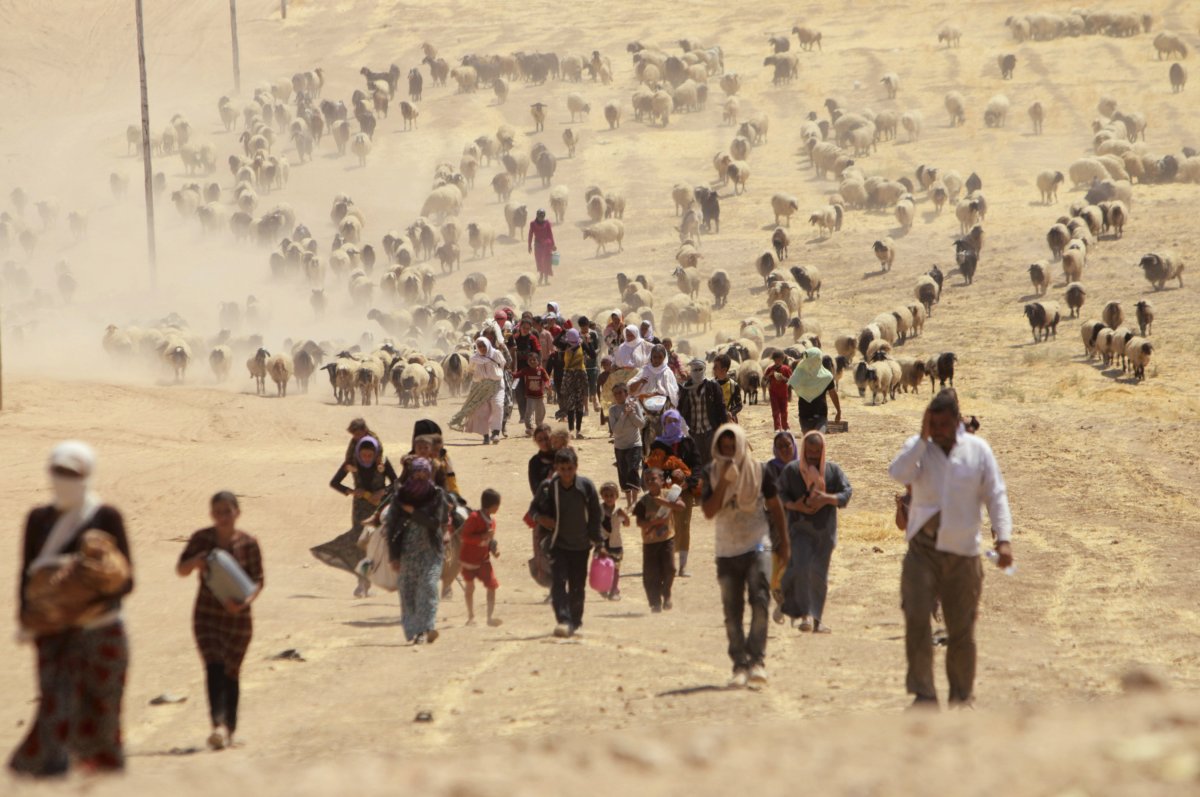 Questioning one’s identity in exile and in a time of war may be the toughest and most complex of questions, especially for those who are in the business of public cultural or intellectual affairs. Factors that weigh on the question seem to muddle it. What are the special circumstances of each individual? What drove them into exile and was it really a choice or was it totally forced upon them? What kind of exile is it?  What does the individual remember of their identity? What kind of knowledge, ideology, and ethics did the war leave them with? Most importantly, what kind of bond do they still maintain with their roots: places, people, and culture?

I certainly don’t claim to know enough to offer a critique of Syrian intellectuals in exile. I do, however, allow myself to make a few notes with the realization that I am influenced by my personal experience. Exile was a deliberate, conscious, and final choice for me. I even chose the country as my circumstances allowed me the luxury and the freedom of making such a choice. That was in the summer of 2013, when the prospect of “detention” crippled me. I hid in my house, closed my door, and developed an obsession with the cleanliness and tidiness of my home as an involuntary reaction to the smell of a war that was moving ever closer to Damascus. Friends left, got arrested, and disappeared. The only feelings I had were those of being lost and the need to get far away in the hope that I would obtain a better, clearer view.

Several factors contributed -directly and indirectly- to my departure, which I had told myself was going to be only for a while, when in reality I didn’t want to go back, until I did. On the day before my return, I was mainly motivated by the desire to overcome my fear of going back, a fear that was eating me up and making it difficult to even breathe. At the same time, I made peace with the notion that I may get detained, not because of something I did or didn’t do, but because I needed to apologize to the friends I left behind. The intermittent torment that I went through for almost two years, and co-living with the paralyzing fear of detention turned out to have a cleansing effect of sorts, to be a form of solidarity in living with those inside who are exhausted and don’t have the luxury of going off to some exile for a different life.

Living away from danger gives way to freedom of expression and dialogue, something that has created huge rifts between Syrian friends given the complexity of the Syrian conflict, the intellectual issues it raises, and the sheer size of the humanitarian catastrophe it created. As for me, I kept a firm grasp on my cause which brought me back to Syria less than a year after leaving. I understood the authority in control and its rules, aware for all the time I’m out of its reach that I will soon be within it again. As time went by, more authorities surfaced with ideologies, though different, that were no less radical and violent than those that were limiting my movement in Damascus. My trepidation, caution, and anxiety rose, terms that only fellow writers fully understand, and manifested themselves in peculiar ways such as confusing the names of actors or actresses in a piece I was writing about a play, despite having seen it, read about it, and had its brochure right in front of me.

Yes, I am talking about this level of very technical writing as an attempt to do something by someone who, going through all this confusion on a daily basis, is trying through writing to offer a vision albeit simple, limited, marginal, and even fleeting. Trying to choose their words, to hold on to them, and defend them in a country where people accuse one another of treason if they don’t consider Raqqa and other areas “liberated” when they are considered by international law to be “outside the Syrian government’s control”, and vice versa. It’s not about what’s right and what’s wrong in general as much as it has to do with the intricacies of political stances which, under the pressures of the conflict, have become moral stances in many instances.

Other Syrians have chosen exile subconsciously. They left Syria during the first year of the grassroots movement looking for temporary shelter: Journalists, writers, painters, communication experts, research specialists in law, and others. But they drowned in their fear of “returning” and its implications of detention. They mainly try, I think, to define time. Time for them is ephemeral no matter how long it drags on. Time passes in waiting for the return. They dare not speak of the ghost of “Palestine” that is ingrained in their psyche.

In its early stages, being outside Syria, not in exile, has been associated with liberation from authority: The regime that has been ruling for decades. This gave rise to extremist and acrimonious political narratives, as well as harsh critical judgments and a language brimming with violence and cruelty. Everybody is fighting their demons while intellectuals still in Syria remained more moderate in their choice of words and maintained a humanitarian tone, even though some were accused of hiding behind it from taking a political stance. Some have managed to escape this trend. One of  the prime examples of such success can be seen in the works of calligraphist Munier Al-Sha’rani.

But the concept of “abroad” loses its unique qualities and soon becomes an exile. This short period of time is what everyone needs to breathe before they are bombarded with everyday life questions (address, income, taxes, etc) and, of course, with the language dilemma which certainly poses a form of identity crisis. It is more than a means for communication and assimilation. It is a new culture, a different way of thinking, and another view of the world.

Palestinian thinker, Edward Sa’eed, says of the “exiled intellectual”: “The exiled person lives trapped in a state in between separation and connection”. But this exiled individual aware of his exile understands himself as an exiled person and understands both places: his origin as retained in his memory and the new streets and alleys that he is trying to map in his memory. Most Syrians today, however, are trapped in a pre-exile, post-abroad phase. Many identify it as “exile shock” or “asylum shock”; to be aware of oneself as a refugee, an exiled, a stranger, and therefore not belonging.

This stillness in the shock phase can be attributed to many factors. First of which is the nature of the Syrian conflict which has so notoriously gone beyond every expectation and calculation that every Syrian today finds it difficult to wrap his or her mind around it. The enemy is no longer one entity, no longer has one ideology. The most bitter question now has become: Is my enemy’s enemy my friend? Many Syrians today don’t even ask themselves about their return. Some dwell on the continuity of the conflict to launch a new, more stable life off of it.  Others are taken by a “happy” depression (Exiled intellectuals have a tendency to be happy with the notion of misery). Some who have spent more time in exile -younger (college age) and older (above 50)- find comfort in their decision to settle in a foreign land where they can establish a completely different life, and perhaps a new identity. Or maybe because life is too short for the dream of returning to a homeland that has been changed much by war, military destruction, and the infighting between the radical forces of the new demographic plans. The image of this homeland imprinted in memory has changed.

Every Syrian is bound by his date of exile and his knowledge. The anger, stances, visions, and fears of those exiled in 2011-2013 are somewhat different from the ones held by those exiled in 2015-2016. Awareness and experience let out ghosts that haunt every exiled person according to his experience. Some ghosts adopt the form of a security officer who kills and tortures to death in the dungeons of security branches, while others may take the form of that officer and the young man who first carried a weapon to protect civilians in protests and later became the head of a small militia whose only card to play is a rifle. Other ghosts take those two forms and all the darkness that is pouring from all sides looking to establish a rule that does not recognize displaced Syrians, and only accepts Syrians who conform to its ideology. People with these ghosts are the saddest exiles and they miss their sense of security the most. They don’t have the luxury of a sharp, definitive narrative to recite abroad like their predecessors have done. They are imprisoned by the complexities of all the levels of the Syrian affairs. In reality they are closer to being outcasts, abandoned, and disliked than exiled, which fuels their anger further, causing a crueler, more acrimonious response to the question of identity.

Posing the question does not necessarily make us able to provide final answers. It is a controversial, constantly transforming map that is ruled by the events in Syria first and foremost, and by each individual experience and the amount of time that passes. On the other hand, while the country goes through its toughest winter, I believe it is laying the foundation, costly as it may be, for a green spring after many years of aridness.

Under The Siege Too I Was Searching For You
To Top