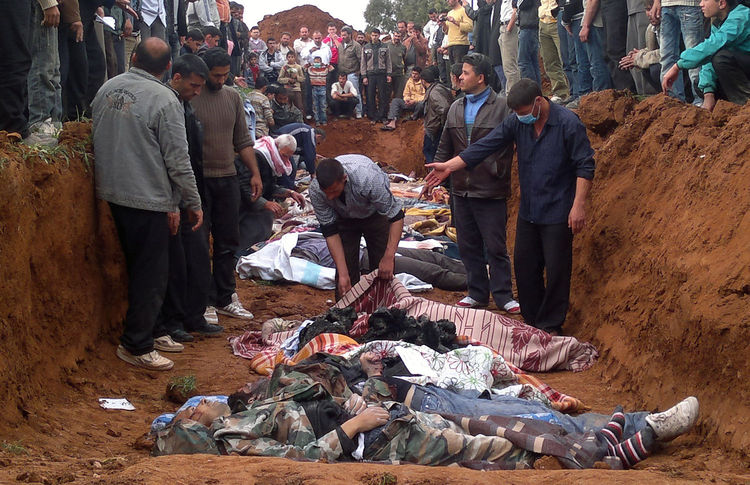 When I see a funeral procession by my home, I imagine that the deceased is a young man, and I start to wonder how he died. Was he ill? Was it a sniper bullet? Or a shrapnel from a bomb that was meant to trifle with lives? Was he martyred while fighting enemies, whoever they may be?

I doubt that he died under torture in a dark basement, where officials don’t surrender the bodies of those they kill in their prisons and under their whips. They enjoy the sounds of their screams and whimpers as electricity runs through their bodies, and the sounds of their spines and necks snapping. Their faces light up with victory when one of them expires under torture.

I go on to imagine how the mother of this young man must feel: heartbroken but tranquil, for even in his grave he would be close to her. She saw him and bid him farewell, and maybe reproached him for leaving so early. She must have kissed him one last time, an act that the mothers of those who die under torture are denied. They do not see their children, do not bid them farewell, nor do they reproach or kiss them.

They dream of graves that would hold their children’s remains, where they could go when the yearning is no longer bearable, to tell them about life without them and about things they keep from their closest loved ones.

But that dream remains a dream, and that is how a grave became the dream.

Mariam Al-Hallak: A teacher and school principal for more than 30 years. Her son was arrested on the campus of the University of Damascus. He endured severe beatings in what is known as the “National Syrian Student Union” in the faculty of medicine. He died four days later on November 29th 2012.

Mariam spent more than two years trying to get proof of the death of her son -the doctor- and retrieve his body to no avail. She recognized him in one of the “Caesar photos”, a collection of more than 27 thousand photos that show more than 6 thousand Syrian martyrs who died under torture between 2011 and 2013.

Om Sameeh… When “Lemons Write in Jaffa”*
My Mother, and All Mothers
To Top