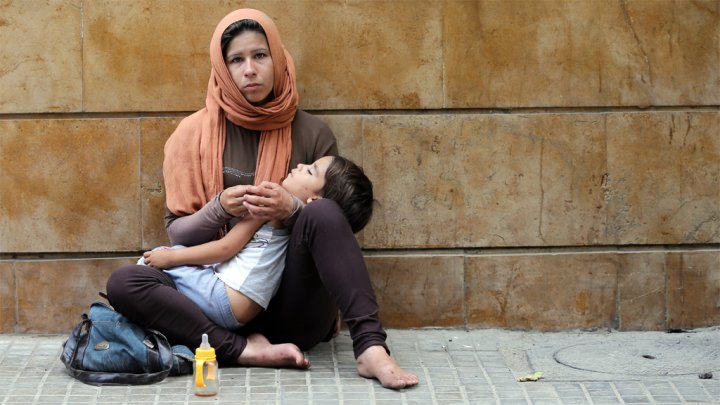 The collapse of Syria is a tragic outcome for Syrians indeed, especially for women. They have taken great risks in order to escape the hellish conditions in Syria only to go into refugee camps in neighboring countries, and Europe.

With the exception of the shelling and the barrel bombs, life in refugee camps is no less horrific for women than what they had witnessed in Syria. In Lebanon, Syrian women -even little girls- were sexually abused by those who supposedly offered to help them after they fled.

Women have been forced to choose between withstanding depravity and degradation or going through hunger and humiliation. As one recent report showed on Channel 4 in Britain ( which I wrote and translated), more than 5 women spoke of their suffering in refugee camps in Lebanon. One of them, from Damascus’ countryside, explained how her heating fuel distributor demanded that she visits him at his residence to get fuel. When she refused and implored him explaining that she lost her husband in a regime strike on a residential area, he “compromised” and told her that her daughter (13) would do! Dozens of similar incidents happen on a daily basis in refugee camps, where there is meager aid for refugees, if any, that is barely enough to cover their day’s needs. Security measures for women are completely nonexistent. Most refugee women in camps had lost their fathers or husbands in the war, making them an easy target for those who hold power in the camp. This stems from the prevalent social and religious view in that a woman is safe only when she is married.

In those camps, as well as others in countries like Jordan and Turkey, a refugee aid group shamelessly orchestrated the marriage of Syrian female minors to men many times their senior from Gulf states and other Arab countries. Seeing as neither girls nor women enjoy any form of legal protection, in addition to the the lack of efforts to educate families, and people’s dire financial situations that drive them to seek an exit from camps’ horrendous life at all costs, the incident went through without a hitch. While women and girls have no choice, this aid group and its ilk clearly made their choice to exploit them in keeping with a culture of exploiting women especially in times of crisis like the current Syria crisis.

As for refugee camps in Greece, where more than 55K refugees are trapped in abhorrent conditions with no aid or basic needs, women still suffer the most. Not only do they lack governmental and institutional assistance and suffer the absence of women rights advocacy groups, but they also live in worry and fear of their surroundings in those camps.

During interviews conducted with more than 500 women young and old, more than 400 said they were sexually harassed by men from different nationalities, including Syrian men who live in the camps. Many of them confessed that they dare not venture outside their tents or caravans for fear of verbal or physical sexual harassment. Many women are there with their children, some waiting to be reunited with their husbands in Europe, while others have been widowed by the war or by regime detention centers.

It may seem that refugee women in Greece enjoy better protection of the law than those in countries near Syria such as Lebanon, Egypt, Jordan, and Turkey. But they still face many hurdles such as the lack of a solid government plan to protect them. They are reluctant to file a complaint against harassers for fear of the camp community standing against them and pronouncing them “the cause of the problem”, among other social misconceptions.

Young girls and children suffer the most in camps as they are left with no education. With the absence of efforts to tackle early marriage, sexual harassment against female minors proliferates in refugee camps.

The bleak situation for women in refugee camps needs to be addressed urgently starting with immediate implementation of legal and humanitarian measures to protect women and prevent early marriage of minors who are susceptible to violence and abuse, and educating men on the issue of sexual harassment.

Female Minors in ISIS Areas: Victims of Society or Circumstance?
Syrian Women and the Revolution
To Top