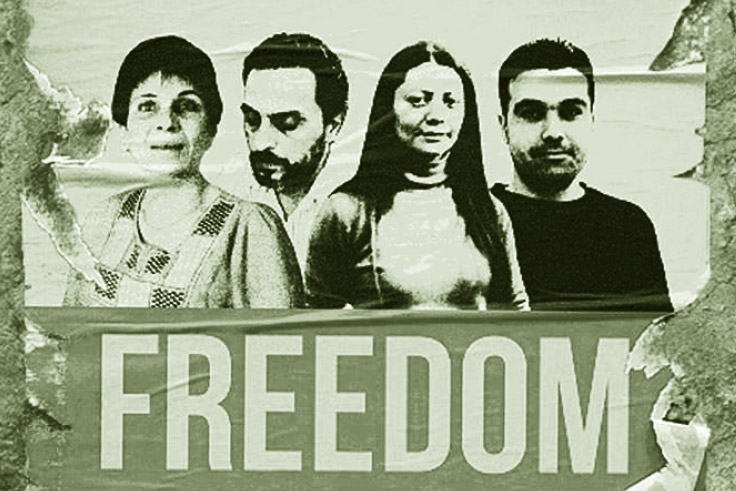 A western Journalist is asking me about “the strongest proof you have that proves the accusation that Jeish Al-Islam had abducted Razan”.

Before answering, I wondered what this lady might know about Syria and the Syrian revolution or even about Samira, Razan, Wael, and Nazem.

The crime is the abduction of Razan, Samira, Wael, and Nazem. They are four: Two ladies and two gentlemen. She corrects herself (As everybody does when they hear similar response): Of course … they are four, I mean Razan and the others.

Once again I point out: They are four, can’t be reduced to “Razan and her friends” nor “Samira and the others” and there is no specific order in listing their names.

I don’t know if I give the possible impression about us the Syrians, God’s Smartest nation! that “the Syrians redefine terminology and things, and answer the question with more questions”.

We have named the results that we reached “Clues/leads” to avoid the word “proof” which implies final, legal, and criminal indications. We have listed many of these clues in different places such as:

These are clues, some of them might be weak, wrong, or fake, but the sure thing is it contains a bunch of facts that needs to be followed up to build a solid case, which will definitely lead to proofs and final results.

So, what is the strongest proof?

The proof that I have is strong and final, and it goes beyond the suspect, for now at least, but it proves a collusion, a collusion of ignoring the clues, and not following up on them to be clarified and solved.

My proof is the continuity of the disappearance of the abducted four and the obscurity of their fate, even after the displacement of the rebels from Ghouta and from the crime scene, and after seven and a half years of the incident, despite the availability of so many information and facts that are sufficient to build a case and to reach a conclusion.

The colluders are many, and possibly they were obliged to collude under pressure, or due to their involvement in something related or unrelated to the case, or for fear of confrontation, or even for their approval of the abduction of these honest four.

Opposition … ‘The Present Absentee’
To Top